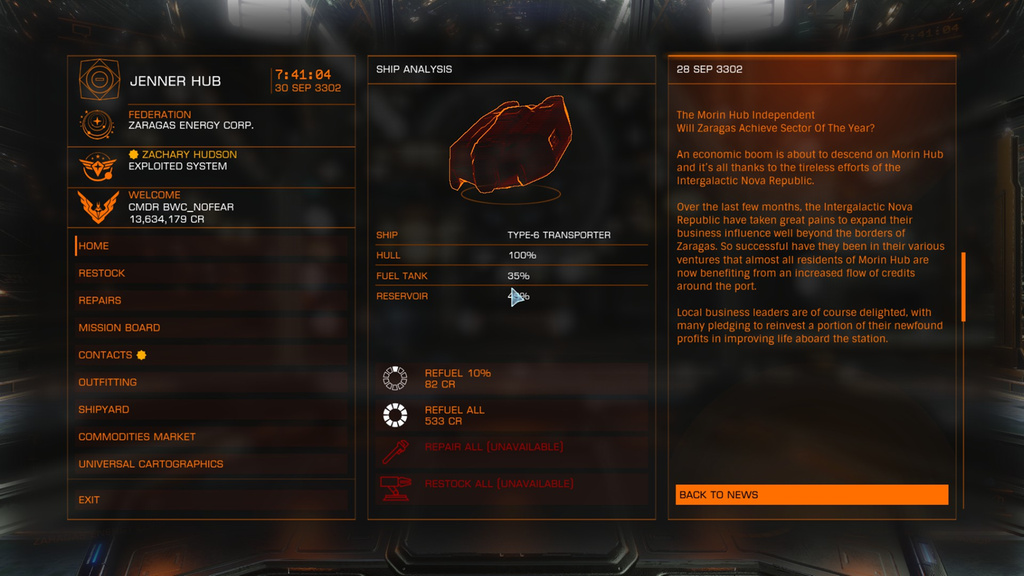 02 OCT 3302 – The Intergalactic Nova Republic (INR) was recently praised as a great asset to the people of Zaragas, tirelessly bringing multiple economic booms to Morin Hub and the System of Zaragas itself. Follow the below link to read the whole story.

Recently, Vice Admiral of Nova Force of the Intergalactic Nova Republic, BwC_NoFear, had this to say, “I am very proud of the dedicated personnel of Nova Force who have been committed to making real change in the System of Zaragas. Prior to the arrival of the INR in Zaragas, the system’s Federation Citizens were under threat from both Imperial and Alliance forces, threats which were repelled in large part to us. Now, we are focusing on the economy to bring new hope to the citizens of Zaragas. In a matter of months, we have transformed the lives for the citizens of Morin Hub by bringing immense trade and wealth to the station, a transformation we want to bring to Jenner Hub and the rest of Zaragas. After we have secured a financial future for everyone in the system, we will turn our attention to bounty hunting and driving out piracy to ensure the continued safety of our citizens”.