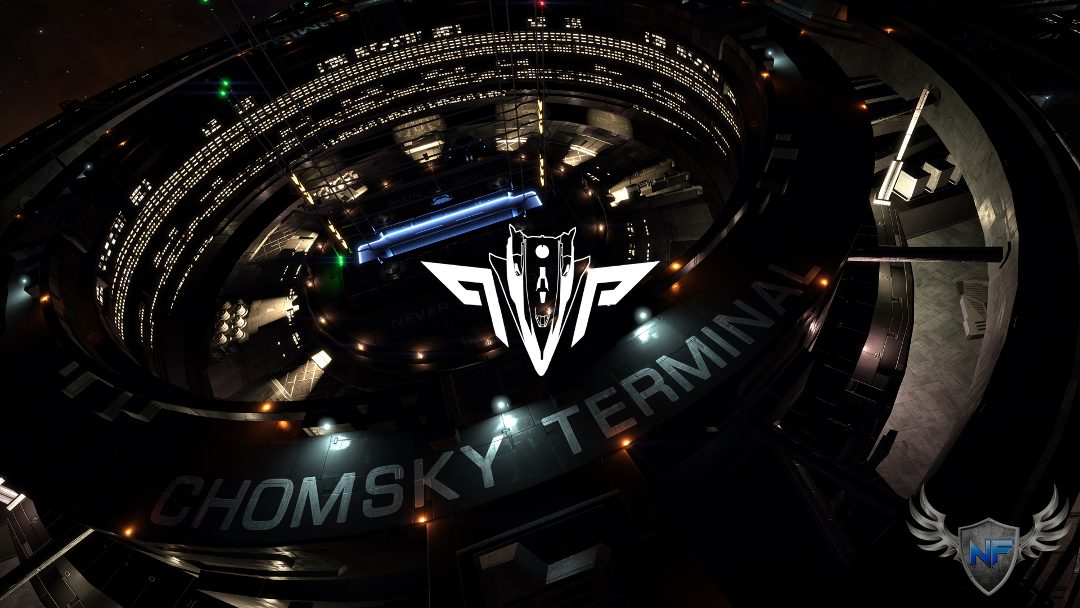 Over that last few weeks, Nova Force has been in charge of flipping the San Tu system to anarchy for the new PvP Hub.

The new PvP Hub uses a discord bot to organize 1v1 and wing fights automatically and fairly. More than 500 CMDRs have already signed up for the discord server.

CMDR Rinzler o7o7o7 from the PvP Hub and also a member of Nova Force reached out to CMDR -Boston-, Admiral of Nova Force about them overseeing the transition of the San Tu system from a confederacy to anarchy.

With CQC a barren wasteland and PvP reduced to griefing and salt mines, Nova Force jumped at the chance to transform the PvP narrative in the Elite: Dangerous Galaxy.

During operations, the entire PvP community agreed to a cease-fire with Nova Force CMDRs so they could work together to flip the system. Except for a couple of bad apples, that the PvP community dealt with quickly, the project went without a hitch.

On November 25th, 2017(3303 in-game) Nova Force moved their entire fleet from their home system of Zaragas to the San Tu system. They immediately started operations to support the Dragons of San Tu and destabilize the system.

On November 27th, 2017 the first war between the “Dragons of San Tu” and “United San Tu Regulatory State” in San Tu was already underway just 2 days after Nova Force CMDRs moved into the system.

On December 1st, 2017 the first victory for the Dragons of San Tu was won by Nova Force and the PvP Hub community! There was a lot of ground to make up for, but we did it.

On December 11th, 2017 the final war between Dragons of San Tu and the Confederacy of LHS 295 was won. This meant that the San Tu System, Chomsky Terminal and Frimout Terminal were now all anarchy space and ready for even more PvP battles.

The first war was met with opposition from multiple Alliance groups in the area who were concerned that the PvP Hub would interrupt their efforts for Edmond Mahon, whose power play is in San Tu. Luckily the PvP community isn’t the griefers and gankers everyone makes them out to be. Rinzler o7o7o7, Bazinga!, Yamato2012, StarfuyXI, Tempest, Mini_Watto, ryan_m17 and other PvP CMDRs from multiple groups worked with the alliance factions to put their minds at ease.

The main issue the Alliance groups had with the PvP Hub was the location, it was in San Tu, a system controlled by their leader Edmond Mahon. The second issue was a little tougher to overcome, their misconception that all PvPers are gankers and griefers.

Big Thank You to all the alliance group representatives for hearing out the PvP community and coming to an agreement for the betterment of the galaxy!

The second issue isn’t just a case of stereotypes, it’s a symptom of a larger issue in the Elite: Dangerous galaxy:

The Lack of Infrastructure for PvP to be a Viable Playstyle.

For PvP to work in Elite: Dangerous you have to take into account multiple factors:

Size of the Galaxy

Size of the Galaxy

The sheer size of the galaxy plays a huge role in how PvP happens. With no central location for PvP to occur, CMDRs have to use the only infrastructure available to them, Community Goals.

But we do understand that some PvPers go to CGs to gank and say they are opposing the CG. This leads to he said, she said and doesn’t get anybody anywhere.

Without designated areas for PvP, the time it takes just to meet up for a fight can be hours. That’s just not viable. So CMDRs get itchy trigger fingers and go on the hunt.

The motivation behind PvP is crucial to its success in Elite: Dangerous. For most PvPers the motivation is simple, NPCs don’t pose a challenge or they simply like fighting live targets. That’s it.

That motivation gets lost on the victim more often than not. You see most PvPers want a challenge, an unarmed Type 7 is not a challenge. So if you got killed in your trade ship by another CMDR in a combat ship at a CG, it was most likely a CMDR who thinks he’s good at PvP, but really hits more asteroids than long-range PA shots.

This actually happened to one our CMDRs in a Type 9 during the war, the attacker isn’t really worth mentioning since he doesn’t represent the PvP community and frankly can’t hit the side of a Coriolis station with fixed pulses.

But we understood the nature of PvP and that it inherently attracts some bad apples, but to paint the entire PvP community with that broad of a brush does a disservice to everyone and to the spirit of the game.

This one is a biggie. The fact that entire groups of CMDRs play in private completely fucks over any chance for huge PvP space battles. If the Background Simulation was only affected by the actions of players in open, PvP would be much more of a valid playstyle in the Elite: Dangerous galaxy.

The way it is now, player groups “attack” each other like thieves in the night. Never actually seeing their enemy face to face. For a game called Elite: Dangerous, it’s complete BS. We’ll never get the epic space battles we’ve always dreamed of.

But now with the PvP Hub, you can jump in on fast-paced and exciting 4v4 wing fights 24/7 and even get pointers from the best players in the game after the match. They’ll even take the time to watch your video and tell you what you need to improve on. Real griefers, these PvP CMDRs, lol.

Oh boy. CQC or Close Quarters Combat in its current state is completely separated from the main universe. Frontier even tried selling it separately, that’s how disconnected it is. Don’t get me wrong, CQC is a lot of fun. But there simply aren’t enough people using it.

We suspect nobody uses CQC because it doesn’t help further your in-game CMDR in any meaningful way. If CQC victories gave you crack(cracked industrial firmware) or if CQC took place at the current installations in game, it might be a different story.

Good thing the new PvP Hub system, San Tu, has a scientific installation perfect for pseudo-CQC battles that can be organized through the discord bot.

Nova Force took the lead on flipping San Tu to anarchy for the PvP Hub for one simple reason, it was the right thing to do.

The PvP Hub not only makes room for a valid playstyle it also helps to keep PvE players safer in open while at CGs and all over the galaxy.

The PvP Hub will not put an end to shitty pilots picking on defenseless targets, but we hope it will help to make open a little bit more inviting to those CMDRs who think all PvPers are griefers and gankers, which they are not.

It was our honor to flip San Tu to anarchy, but the admins of the PvP Hub deserve all the credit.

Big Thanks to Rinzler o7o7o7, Bazinga!, BreakfastMelon, and Ryan_m17 from the PvP Hub for starting the PvP Hub!